Everything has started at the end of 2019. I can’t tell that I had a fear but that was eerie. News about Chinese province Wuhan didn’t leave the top lines of Russian publications. We’ve spent New Year’s Eve like usually. President wishes, year results and of course holidays. Beginning from February many of people started avoiding each other. It seemed that pandemic news took the minds of 90% of the population. Fake news inflated scandals despite the nervous situation in the capital by itself. Those who has ever visited Moscow knows – Moscow never sleeps.

I think that was scary for everybody. The city which never sleeps stopped. Looking at the window, I didn’t see neither people nor cars. Grey days added drama to the situation. All attention was focused on the news.

April 2020 I only see the paramedics cars which was coming to the yellow building in front.

A few times I was attacked by the fear and panic. I thought we are all going to die.

At that moment I decided to gather and remember everything…

Whatever we do we can’t pretend that everything is the same.

June 2020 I took the car and went to downtown. I wanted to see millions of cars and life we had before the pandemic. Unfortunately, no. Silent deserted streets. Empty public transport, circling on its route and silence. I was dizzy. I didn’t want to take the reality. I need the city. My city which never sleeps.

The pictures are made in downtown near remarkable places of the capital. But the pictures are blurry. Imagine a see or a city or a person. We will not see it 100% clear. We will see it like that. Making photos from the window of my car I was not able to “remember everything”

For me, photography is a living organism. The higher our cultural code is, the higher the quality of fine art becomes. The stories that I tell through photography make me completely immersed in the process. My job is to look at the world, or the problem, or the subject from the side that no one noticed.

The Roundel. Photo story about… 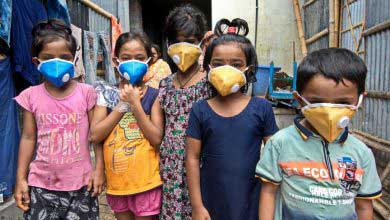