Bangladesh is one of the country’s most likely to suffer adverse impacts from anthropogenic climate change. Threats include sea level rise, floods, and cyclones (approximately 130,000 people were killed in the cyclone of April 1990). With a population of 130 million, most of whom earn less than U.S.$1 a day, it has some of the poorest people in the world. The impacts of climate change will only exacerbate the problems already facing the population.

Climate change and exposure to natural disasters threaten to derail efforts to eradicate poverty. A great bulk of the world’s poor and most vulnerable citizens live in disaster prone countries and their number keeps increasing. As temperatures rise, the likelihood and severity of climate-related disasters increase affecting lives and livelihoods, hampering the development efforts and reversing gains made in poverty reduction. The links between climate change and sustainable development are strong. Poor and developing countries, particularly least developed countries, will be among those most adversely affected and least able to cope with the anticipated shocks to their social, economic and natural systems. 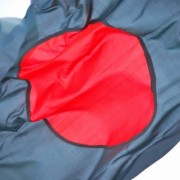 My main objective of photography is to tell the sufferings of people and to highlight different problems exist in society. I believe that expressing other's toil through photographs can be the best way to aware people. With a view to making this happen, I have been working on different projects which mainly covers the climate change issues with its effect on lives, natural diversity, etc.

I’m sinking in Myself