“It is my body and my wish… be gone demons.”

The individuals of LGBTQ community have been relentlessly persecuted by society for their sexual orientations and method of pleasures.They’ve always been a prey of the tyrannical gaze of the society and even in the 21st century they face social taboos and judgemental behaviour.

The work looks closely at the LGBT community in eastern India, often projecting a world devoid of restrictive laws and social taboos that the community regularly comes up against. For a community whose voice is often marginalised.

Pride Walk became a refuge not only to the Lgbtq community but also to some less known sexual minority community like the asexual,skoliosexual,demisexual community who are often misunderstood for their desires which are not absurd but are just different from us,In most of the cases their stories and struggles are unknown and unexplored,they have to pave their own path for living.Pride Parade celebrate their desires and aspirations which are free to be explored and expressed. And an attempt to understand their psyches and visualise their vulnerabilities by creating a space where people can express their personal experiences and feelings,outside of their lived reality. Because we live in a society that prevents us from living a ‘normal’ life,and moreover  nobody is happy to be in their normal being and my work imagines a world in which there is freedom to live according to one’s own desires. 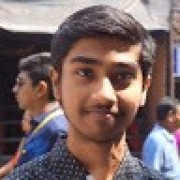 Sourojeet Paul is a B.TECH IT student, born in Kolkata, West Bengal. After completion of his boards and JEE he inscribed his journey in phototgraphy seriously, before that was casually occasional photographer like all of us. Sourojeet is now predominantly a Street Photographer but according his verses he always finds interest to try out new things in life. The uncertainty of life seems to be the biggest beauty to him. He got his hands dirty in Photojournalism,Wedding as well as Event Photography. Paul managed to bag awards like THE BEST STORY TELLER AWARD OF 2019, PEOPLES’ CHOICE AWARD. His works have been exhibited in several prestigious galleries of the city along with some reknowned names of the country. Got pubished in well appreciated magazines like VOGUE ITALIA, CHIIZ, IPA, RETRO KOLKATA WEB MAGAZINE to name a few.

A Biography of Scrap