On Friday, 23 June 2016, the United Kingdom awoke as a nation starkly divided. In a historic referendum held the day previous, the country’s residents voted by a margin of 4% to leave the European Union behind.

The immediate fallout of the referendum was profound: the market tanked; the prime minister resigned; strong feelings of outrage, insult and fear poured out; xenophobia and racism became more pronounced than usual, with reports of hate-crime rising by the hour.

A sense of injustice resonated particularly among young people and those in London, who voted overwhelmingly in favour of remaining part of the EU. While over a million people signed a parliamentary petition urging a second referendum, a crowd gathered in front of Downing Street (headquarters of Her Majesty’s Government) to decry the referendum results.
(Cole Peters) 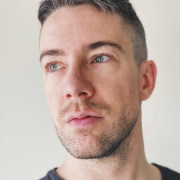 I am a photographer — originally from Canada, and currently based in London, England. My photography primarily takes place within urban environments, and seeks to document the strangeness of reality as seen through a lens of introversion and other-ness. Having relocated to London from the sparse and vast prairies of Canada some 4 years ago, I continue to find the crush of metropolitan life a fascinating subject of observation.

Women and the Civil Rights Movement

Marika Dee | Not my…