“Old is dying and the new cannot be born” – probably this is the most appropriate phrase to describe the situation of UK after first 15 days of declaration of BREXIT result.

Confusions, predictions and expectations are everywhere in everybody’s mind. Some of them still believe that Britain was being held back by the EU, due to imposed financial & industrial rules and membership fees of billions of pounds a year with little in return. But probably the most critical deciding factor for them is the high level of immigration. At the same time, others strongly think that flow of immigrants, most of whom are young and keen to work, fuels economic growth and Britain gets a big boost from membership by selling things to other EU countries.

There are immediate concerns regarding what will happen to house prices if millions of EU citizens need to leave the UK. Scottish First Minister Nicola Sturgeon announced she was absolutely determined to keep Scotland in the EU, hence a second Scottish independence referendum is now “highly likely”. Morgan Stanley sources told BBC that they are in the process of moving about 2,000 staff based in London to either Dublin or Frankfurt. Bank of England is warning the economic consequences that are already emerging. Most importantly, Scotland Yard has revealed that it has seen an upsurge in reported hate crimes since the EU referendum across UK. People are feeling anxious at the perception of increased intolerance & violence against certain communities. Racist graffiti was found on the front entrance of the Polish Social and Cultural Association in Hammersmith, west London.

London has experienced huge demonstration from thousands of people who have marched through London to protest against the decision to leave the EU on July 2 near Parliament Square area of Westminster. The rally was organized quickly, with an appeal put out on social media less than a week ago. Still there were at least thousands of Pro-EU campaigners from different communities in the ‘March for Europe’ with placards, signs and banners aplenty expressing their frustration against BREXIT.

Together we will build a better Britain – said Theresa ahead of coronation as Britain’s second female prime minister on July 13th 2017. Simply saying Brexit means Brexit, as May always did, left all the relevant questions still unanswered. The most profound consequences will, of course, depend on the European Union’s response to the UK’s withdrawal. BREXIT would be a major impact on the UK economy – now whether this proves to be a temporary glitch or beginning of a longer downturn is harder to forecast. (Debiprasad Mukherjee) 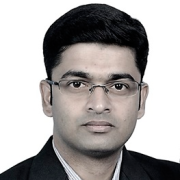 The Truth. A reflection…

I Am Always Here