Two vessel’s life” is the series of photographs I have done as a reaction on the divorce proceedings in the family of my close relatives, the unwitting participant and witness of which I have had to become. I had a lot of feelings overwhelmed me inside of me and I tried to express them with the subject world using symbols and figurative language in this series of photographs.
Divorce is a little war, is a small crash, it is not a tragedy for a man on his own, but it changes humans lifes of several generations two people’s families.

There are two main characters in this photo series, they are different one from another in their shape, position, the way of determining one ‘s place in the family in relation to one another. Their interaction and mutual attitude towards each other it was seemed once perfect, looks strange and unclear to a foreign look now. A conflict is beginning in he moment when two people cannot to resolve everything they need one with another and begins to splash their problems out of the family. Each of the warring parties is trying its best to get win.

During a short time all friends and relatives who was divided on a two camps, began to take part in the confrontation, and who is the fight with and what is the fight for nobody knows.

The participants of events have no ability to see right the situation when they are inside of it, but only the third-party view of the observer can help decipher the true meaning of what is happening. First of all I tried to find out this right meaning for myself.

The subject world had helped me to make a step out from the real events, from real people and to make a preparation of the facts, analysis, assessment of the scale of changes and destruction with a cold head. 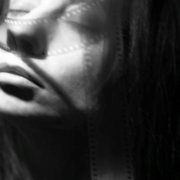 I am a fine art photographer from Russia. I was born in 1985. I try to share my thoughts, feelings, worldview with my photographs since 2009. I became a member of the National Society of Photo Artists of Russia in 2017.
Get PRIVATE Newsletter