At a time when the world should be planting more trees, age-old forests are being cut down or burned. A country should have 25 % forestland of its total area to get rid of environmental degradation. But have only 16%. Approaching dangers are knocking at the door.

Many countries, like Bangladesh, massive deforestation is going on and is changing climate & geography. Deforestation has a substantial contribution to global warming. All the forests of Bangladesh are going through some form of deforestation.

The Sundarbans forest, which is the largest contiguous mangrove forest in the world and home to several endangered species, is being threatened by “heedless industrialization”, according to a UN rights expert as the Sundarbans is considered one of the natural wonders of the world.

Bangladesh has approved more than 320 industrial projects in the area, including a massive coal-fired power plant. The process bypassed requirements for public participation and an environmental impact assessment. Too often, the people who raise questions about development projects are ignored or even treated as enemies. Deforestation mainly occur due to economic activities that require the clearing of forests.

Many people make money by clearing land through deforestation because this land can be used for growing cash crops that have demand worldwide. So often who care more about money than the environment as deforestation is directly related to climate change. 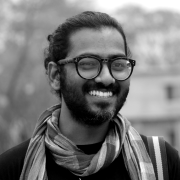 Nahid Hasan is a documentary photographer, filmmaker based in Dhaka, Bangladesh whose vital interest in human rights, social, cultural and environmental issues mainly. He wants to use his camera as a pen to write poetry and visual essay. His works have been exhibited and published in several festivals, media outlets and galleries.

Landscape on the sea of Salerno