I wanted to know how lockdown had affected the Hastings fishing trade, and here are some reactions from fishermen, beach-based shop owners and fish market workers.

How have you been affected by lockdown?

The restaurant trade has been demolished. The trouble is, we can’t sell to the restaurants or markets and 90% of what we usually sell is exported abroad. It’s meant the price of fish has gone down by about 70%. Cuttlefish was about £3 per kilo last year and last week it was down to a £1 a kilo. That’s a lot of money being lost.

When do you think things will improve?

When the restaurants open – 1st July – maybe. Spain is an important one for us because of the cuttlefish export, but the season will be finished by then, so it’s too late!

What are you catching at the moment?

Fishing is always a bit dodgy this time of year. But the cuttlefish has been on a boom, there’s been more cuttlefish about than there has been for 10 years, but the price is a third of what it normally is.

We’re even catching whelks now and there are plenty of them, but like everything, when there are more boats out, everyone catches less. We use these big old wine barrels. They cut the top off, put some net over the top and fill the base with concrete, so they’re very heavy. It’s bloody hard work.

Spider crabs is one of the major difficulties at the moment, they eat up all the fish and ruin the nets and gear.

How’s it been affecting the shops here?

The smaller shops have been booming. People have been shopping locally and eating fresh fish again. One of the shops out the front here has just had its best week ever! And even the beach stalls here have had a storming time.

We’ve been getting John Dorys up from the west country, which we wouldn’t have been able to get a while ago, as they’re usually put aside for restaurants and hotel trade. Now they’re not having it, there’s more of this local stuff about.

Usually 90% of our fish goes abroad, but whether that’ll carry on is another matter. Brexit’s  been forgotten about for the time being ,but it’ll come back and we will be fighting again. There’s interesting times ahead.

Everything has its ups and downs, it’ll start picking up. And maybe more people will start eating British fish again and something good will come out of something bad. 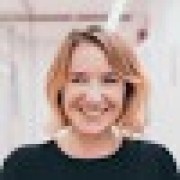 Project Cleansweep – Beyond the…

Luke McGowan | And Then…

We Are the Future: London…