Cinema or Film industry is an ever decaying industry in Bangladesh. During the COVID-19 pandemic, the sectors or industries that were massively affected, Cinema industry will remain on very top of the list.

For a very long period of time, film industry in Bangladesh is going through crisis and many of the Cinema Halls are being shut down. Since the year 2000, more than 900 cinemas have gone out of business, according to Bangladesh Motion Pictures Exhibitors Association. Less than 300 cinema halls remain open across Bangladesh.

Again, during this Pandemic situation, many film crews associated with production, actors, directors, cinema hall workers have lost their job. Many more cinema hall owners are also deciding to shut down as they can not simply bear the load of debt. 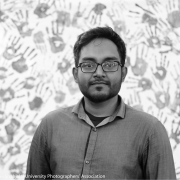 Ayman Nakib is a street and documentary photographer based in Bangladesh. He started his photography journey in 2016 .After graduation, he moved to Dhaka to pursue a career in his passion “Photography”. Ayman is currently studying Documentary Photography. He also runs an online based Photography Academy to teach the fundamental essentials in photography to the newcomers.

The fear of the other