Advertisement
We stand with 🇺🇦 STOP WAR
The plant outside, it blooms greenery daily – silently
by Pratik Chakraborty
India

Mine was a family as normal would define it until the 21st of February, 2017. My mother underwent an operation. After around six to seven months, she started feeling a pain in her lower back; a pain which would affect our future progressions. Someplace unknown, a silence existed which remained voiceless of our future fate. Few months later, a checkup showed that mother had not progressed much with her healing up instead she seemed to be approaching a state of paralysis. As much a physical tragedy it sounded, it slowly extended its effects to the depths of consciousness of all family members. She could not stand for too long, could not sit with crossed legs. Ma became caged as the only partners to the gloomy concrete walls. As the psyche and the physique always interpolate themselves; Ma, I, and everyone else in the family became implicit partners in melancholy. The doctor had prescribed few exercises which she tried to do as much as she could. It seemed she was slowly recovering, when on a fair day, in November, 2018, my grandma while talking to mother; fell down from the sofa, breaking her hip joint.

Ma spent most of her time with grandma, being beside her all the time. Mom had been recovering but in midst of such a twisted storm, we all lost our ways into obscurity. On 7th January 2019, my grandma passed away. With no one else to be with, no one to give company to or be in company with, I could find my mother sitting on her chair in front of the idols of gods and goddesses. She devoted her faith and time to puja. Human mind is neither linear, nor simple. I remember the day, 20th January; my mother stood with dark blank eyes staring at the lifeless empty bed on which grandma had left us. Creases on her face evoked sorrow, expressed pain which had once, like everyone else endeared life. “She left me as an orphan”, rang from her agony; then, there was silence, as it had always there been, since the beginning. She rarely spoke the following days. She believes that she would face the same fate as grandma.

I took a break to refresh myself up. But somehow, an empty space in my heart maintained its constant existence. The events as it had stormed through our lives marked its immovable presence through a nothingness, an emptiness, an utter silence. But, life has to proceed, so it does. 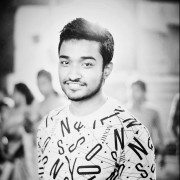 My Childhood Loneliness and The…