It’s 9 months I’m in Spain, I travelled as much as I could and I’m collecting images almost every week.

I began from Castilla la Mancha in October, is Don Quixote land’s, then Madrid, for 3 weeks, the winted was cold and so I moved south to look for a better climate…

I reached Seville in January, I’ve been hit by the beauty of this city and by the powerful cultural substrate of Andalucia. This is a kind of surreal land, close to Africa, rich of historical influencies from all the Mediterranean sea. here we are close to Gibraltar, the end of the world, and to Portugal too.

Here are some shots taken in the last months across Spain. Are fragments of moments and places. 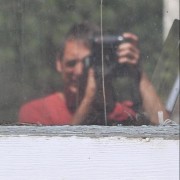 I am running Naive Media, a little photo agency specialized in geography.

Transnistria: The man without…