Everyone thought that England would be under water when the apocalypse came. But it rose, as did small little volcanic islands around it. Afterwards, it began to snow. Eight months out of the year it snowed. And it was nice. People left to go to Spain and Portugal but soon came back. They said it was too hot and everyone was eating each other.

The Mediterranean was full of mutant sharks and the fish were inedible. Not here in the UK though. Fishing was good. The volcanic islands that sprung up also brought new sea-life to the waters surrounding them. The colder waters kept the mutants away. Everything felt crisp and clean. Even though a lot of plant life died, enough survived that the deer and the foxes and the birds still prospered.

And it was romantic. Nobody ever thought the end of the world would be so romantic. No noise from traffic, no hordes of French and German school children herding together and obstructing everyone else on the platform at Baker Street tube station. It was nice to hold hands with the one you loved while walking through the parks, with no other company but the birds. Cuddling and snogging were necessary to survive in this world. And if you were a Tottenham Hotspur fan, you could relish in the fact that they had been the last club to win the Premier League title before civilization fell, and thus, would forever be the champions of England. 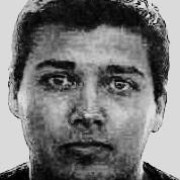 Caesar Morales uses art as a form of escapism. He is fascinated with surrealism, flights of fancy, pipe dreams, alternate universes and fantasy. If possible, he would spend be a professional daydreamer.

Figures. A fuzzy and deformed reality

I Am Always Here

We Are the Future: London…