We stand with 🇺🇦 STOP WAR
Free spirits of Morocco.
by Darren Lewey

The desert and mountain regions of Morocco are home to Berbers who have chosen to live apart from their settled compatriots. We call them nomads but that does little to explain their living conditions and daily life. There are supposed to be in the region of five thousand people living as free people in Morocco and their number is declining with each passing year. The desire to school their children and decreasing year on year rainfall means more are establishing themselves in village settlements.

In the High Atlas Mountain range and region south of it you will find nomad dwellings in the rocky hillsides. Often two or three families will live in close proximity to each other in a tent dwelling or cave set-up where there is relatively nearby supply of fresh spring water and where grazing for animals is sufficient. For this reason areas can rarely sustain more than a dozen people and although nomads develop mutual assistance amongst themselves they have also been in conflict over resources.

Nomads typically make their geographical relocation twice year when from spring becomes summer and again from Autumn into winter. They set off from the lower altitudes up to 3000 metres where the melting snow from winter has still left green acres of land for their most important source of income; goats and sheep. The journey is sometimes taken on foot, loading camels and donkeys with their goods. I’ve often seen chickens strapped to the top. Or by truck to the first drop off point, which from there they make short daily hops to their usual area. Nomads will often have caves that they return to each year and these are respected by other families.

For nomad women life can be especially difficult. They rise early sometimes in cold conditions and tend to the animals and source water and fire wood which can take several hours to amass. Their existence is also one of isolation with limited contact to the outside world, unlike menfolk who work away or travel to nearby villages and cities to shop for their necessities. As male members of the family can often be working away to bring money back home, many camps are looked after mostly by women and girls. They survive on eggs, meat from the livestock and essential supplies such as flour, couscous, sugar, tea, clothing and medication which they pay for in cash via casual labour taken by the men or by selling animals. During the winter of 2018 many livestock were lost during heavy snowfall and children and the elderly suffered from the cold conditions.

Although nomads are Berber people and Moroccan subjects, they often lack the documentation to prove their nationality. The lack of legal documentation is one of the top obstacles of the nomad tribes. With no civil status, access to a documented civil marriage contract, education, health or employment is more difficult.

During 2017 I made several trips into the High Atlas region to locate families and photograph them. Women and girls have been the focus of my project. Sometimes it’s easy to find them, more often it’s a long off road drive and hike and then only through luck. Like any kind of portraiture, it’s about a connection and for a few brief minutes developing trust.  For this reason I preferred women and girls for my project. The dynamic of flattery and humour sits more comfortably for both parties. There’s also the beauty of course. Women’s and girl’s eyes, make-up and clothing are hard to photographically resist.

I tried to include as much context as possible without diminishing the power of the close-up. I chose to keep it simple and that for me in portrait terms is the subject before me acknowledging the camera.  I also preferred this approach as it’s in direct contrast to many photos of nomads you can find online where they are seen before the photographer looking bored, disengaged or distracted. My motivation has been to buck this trend and preserve some of their beauty for future times. Moroccan women are charismatic and charming, wonderful to photograph given the opportunity. 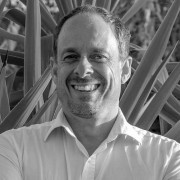 Terra Incognita, exploration of a visual and poetic territory

Komi Kino, the opportunity to…