Exhibition at the Palais des Corts in Perpignan organized by the Visa pour l’image festival.
From September 2 to 17, 2017, 10am to 8pm (free entrance).
More info…

Ayacucho, from the Quechua words aya meaning “corpse” and cucho meaning “corner,” is the “corner of the dead.”

The last two decades of the twentieth century saw one of the most tragic times for the city of Ayacucho and the history of Peru. The armed conflict initiated by the Communist Party of Peru (more commonly known as the Shining Path, Sendero Luminoso) and the response by the government led to tens of thousands of people dying and disappearing in Uchu, Accomarca, Lucanamarca and Cayara.

Angela Ponce Romero is the winner of the 2017 ICRC Humanitarian Visa d’or Award – International Committee of the Red Cross. 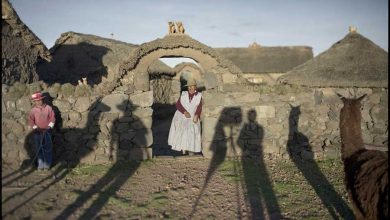