A.bsurd is tan. City of dreams and words by Alexander Chernavskiy

Under the still clouds, the wind blows the city.
Alejandro Jodorowsky All stones. part 1

Dream 1
The Emperor ruled in this town. His post was the spy- supplanter. He loved birds, because they are easily tamed and rarely live long. Slept by day, Pyrred by night. When was sad – turned wine into water, for them to keep their faith and fear. Mixed up. It was a mistake, but no one in town paid attention to it.

Dream 2
The residents of the high part of town differed from the low part in vocabulary knowledge. Not everyone knew the complex words, but simple words were enough for lives of the majority. That is how everyone lived- some had complex words, harps and radioactive counters, others didn’t have, that’s why they always lived low.

Dream 3
Death for love in town is the most respected because it is devoted. Only Sybarites are not allowed to do it, because they are despised and there is not enough air for them. They look at everyone to death and death ignores them. Because if it notices them, it will stop the clock, but it shouldn’t happen. That is how the clock goes countersybaritewise.

Dream 4
They were drawing in coal and crystals. Those who wanted to devour the most – went drawing the first. The others could starve for the long-term health and look out the House. Usually drew dreadful, but detailed. Everyone was drawing everything, but they never confessed, because how you could explain coal and crystals.

Dream 5
The anthem of town was the march from the left bank for a long time. The left foot beat off tact, left shoe – rhythm. The right shoe was drowned on the raid before the performance. The anthem was completed by a ritual salute of the Mausers. Witnesses wrote that alive with emotion, the drummers often shot the conductor.

Dream 6
Everyone knows that The number Pi is approximately equal to 3,1415, but in Town Pi was equal to 4. This led to the declaration that opening tin cans by firearms was admitted illegal and dangerous. For the application of citizens and to consolate the mathematicians it was decided that one-armed pianists now have to play for free in town.

Dream 7
Best ideas in town were brought by the sea wind with the scent of the phreatic peaks. Then you could bite being and cantillate canticles. At night, the bravest were gathering one by one to cantatinate cantatas and steal settee at the friends’ fairway. And minded the platinum rule – don’t ask, otherwise they’ll come and ask you.

Dream 8
In town, beautiful people were packed into packages. Transparent, to watch through, durable, not to tear them apart. One must not live in the package, dying was forbidden there. Three days – and the packages were sent to a warehouse, not to spoil, slip, squander, skip the beauty.

Dream 10
The monsoon season in town coincided with the Arbor Mundi ancient schedule. The best people of town multiplied the world by rain in mind, and then they subtracted metaphysics and puddles. There remained rheumy, redolent slough of water and truth, which were driving many people crazy, but keeping everyone from dropping dead.

Dream 11
That year the shade of wine in town was measured by the shade of lipstick and face powder. Decadence came in town alone, direct and dry, with an armful of roses for squares and sighting slits. Morphin exorcised the snow, dauphin relied upon the Crux. Scarlet wheel spun the solid death.

Dream 13
According to the results of the zero day: there were 11,6% of Geniuses. The Goliath of Spirit were-20,5%, there were 26,4% talents in town, 31,3% of wise men were registered. The rest percent decently considered themselves as central creatures in town and propagate self-portraits non-stop. Women un town were judicious and didn’t took part in census.

(Original text was written in Russian, translated in English by Ekaterina Podgornova)

Writing is…
It’s a way to survive the world in the universe of language, to tell him about himself and win a personal rebellion against the futility of existence.

Writing and Photography…
Are my main mediums for now. I strongly believe, that language and visual mediums can be successfully combined in order to multiply the artist influence. And I plan to continue using such a combination – when all main senses could be touched by artist. Some can say, that most of the people do not pay so much attention for the text now, but I suppose, it still can play an eminent role in the inner human universes.

Who left the biggest impression on you?
This text is a part of my new photobook “A.bsurd is tan”. The whole book is devoted to the bravery of avant-garde artists of the beginning of XX century. First of all, to V. Sosnora and A. Hodorovsky. These poets opened some new worlds for me. If we speak in general about the history of literature, there will be a rather long list of favours, but my love is closely connected with Borges, Márquez, Lem, Beckett. And the trend of absurd in literature in general, of course.

Is there anything else you’d like to share with the readers?
I hope to share with them some more texts of mine soon. And to announce, that first dummy edition of “A. bsurd is tan” will be issued in the first part of may and could be ordered through my website. And I wish them plenty of lifetime, which they could spend with a good literature and to enjoy the amazing complexity of the modern world.

Born in 1981 in Moscow, Russia, Alexander Chernavskiy is a Russian artist, his career emerged in the wake of the influence of photojournalism traditions and contemporary art as fields of main interests. He is the member of Union of Russian Photo Artists since 2009. He was a participant of different festivals and exhibitions, in 2015 and 2016 he was a recipient of the scholarship of the Ministry of Culture of Russia. Recent years are closely connected with art documentary projects. 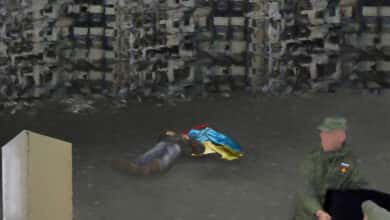 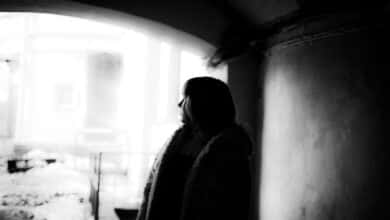 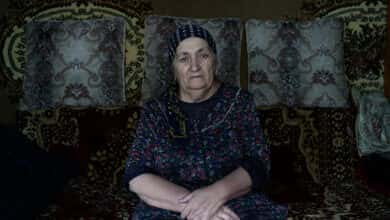