The Faith of Life, photo essay by Avishek Das

[G]ajan is a Hindu festival celebrated mostly in the Rural part of West Bengal. Gajan spans around a week, starting at the last week of Chaitra continuing till the end of the Bengali year. It ends with Charak Puja Participants of this festival is known as Sannyasi or Devotee. Persons of any gender can be a participant. The complete history of the festival is not known. The central theme of this festival is deriving satisfaction through non-sexual pain, devotion and sacrifice.
The word Gajan is considered Gajan means Gar+Jan = A Bengali Word which reveals the call of the sannyasi or Bhokta to their lord Shiva. Ofthen in this festival Sannyasi or Bhokta are murmuring with the name of Lord Shiva on daily basis 108 times & together they cry with pain: Debadi Dev Mahadev, Hara Gauri, Joy Shiv. They often believe it is such a powerful chants that keep them cool and help to overcome all the pain related to their painful process of devotion.

Hindus celebrate the festival mainly on the last two days of the month of Chaitra. People observe fast during this period devoting themselves to their God. Gajan is actually linked to persons who are related to agricultural community, directly or indirectly. They pray for the rains and better harvest. Lord Shiva is said to be closely related to this community. It may be worth noting here that Dharmathakur is actually considered to be the God of Fertility.

Charak & Gajan has 2 separate part of Festival according to the Rituals. Gajan used to happen on 2 days before the Month end of Chaitra, the Last Bengali Month (Middle of March as per English Calendar). In different part of West Bengal these Rituals are being celebrated with different dangerous Traditional Play like Playing with Dead Bodies, Human Skull. This year I went to a remote village of Bardhaman to document this practice. According to the villagers, this practice has been going on for more than a hundred years. Police and district administration do very little to stop the ugly and unhygienic practices. According to one of the Devotees, they collect the bodies from different burial grounds. Those who could not burn the dead bodies due to financial reasons, bury those bodies in the graveyard. Sometimes the relatives of dead children do not burn the bodies and bury them instead. Some of the villages are using these skulls for 2 – 3 years and use to cut the skulls before 1 or 2 month of this Ritual from different graveyards. These skulls are used to hide in some secret places near by of the villages, people were co-operative enough to allow me to shoot these photos except inside those secret places where they have hidden these skulls or corpses.

Photography is…
To me, Photography is a Powerful Visual Medium by which we can express our thought, moment, expression & emotion’s of Life. As I am mostly doing life / documentary project so for me telling a story though photographs is very important.

Photography and writing…
From last 4 years I am deeply involved with Photography, but from last 1 year I am trying to express all photos with a Story. Though I am learning and no so strong on written part, still me trying my level best to become a complete documentary photographer.

Who left the biggest impression on you?
There are several persons in this Photo world who left their Impression on my Photographic works. Still I am very much grateful to my photo club Creative Art Solution & its mentor Mr. Sagar Chatterjee. I have learned a lot from them . And there are some International Photographers who are continuously giving me input for betterment of my photographic works. I am grateful to them also.

Tell us a Is there anything else you’d like to share with the readers? about yourself
Photography is an Ocean, we can’t say that we are a complete Photographer.  Regular Practice can make an Artist to be perfect on his. We all are learning everyday from others. A Platform like Privatephotoreview is a very resourceful media to get to know other works. So as per my view we should culture all these practices on daily basis to show our best talent in front of the Photo World. 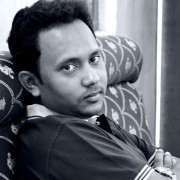 (1987), Avishek Das is an Indian born Photographer. Over the past 6 years he has been actively associated with this field of photography. He is the Chairman of Creative Art Solution - A Registered Photography Club of India under Federation of Indian Photography & Liason Officer of Master of Light Photographic Association for Asia & India.He bagged more than 160 Awards (National & International) for his photographic project & publications from all over the World.

A Story of Faith

Caged Inside – Life through…

Festival of Stories at a…