PRIVATEArgentinaQuestions and AnswersTommaso Barsali1.58K views
LELEQUE, ARGENTINA - December 2011. Atilio Curiñanco, authority of the Mapuche community, seen at the entrance gate of the Santa Rosa Leleque Community in Argentinian Patagonia. The community reclaims the ancestral right to live on 585 ha of land, where they were born and that they consider part of the Mapuche community by oral tradition. For this they were brought to tribunal by the italian Benetton Group, who claims to be the legal owner of the land. The quest for land in Patagonia since 19th century has led to various mass killings of indigenous communities.

SUR is a documentary project about a Mapuche community peacefully battling against the italian corporation Benetton Group, for the right to live in their ancestral land, in Patagonia, Argentina, where they were born and which belongs to them by oral tradition.

The extension of the lands acquired by Benetton in the 90’s is said to be approximately 900.000 hectares, nearly the size of a country like Cyprus (more than 10 times the area of New York city).
The land reclaimed by the Mapuche families is 585 ha.

The Benetton Group has seen its legal ownership of the land recognized.
The Mapuche community, has been cleared from the accusation of usurpating the land.
The community claims that the right to live there belongs to them by traditional, oral, pre-colonial law.
In addition, the fact that such a vast amount of land is in the hands of one single legal entity is considered not acceptable for them.

Each part conducts a legal battle for the recognition of what they consider their full rights, although economic, communicative and legal forces are overwhelmingly more powerful on one side.
In hashtags it would be #landgrab #mapuche #patagonia #benetton #davidagainstgoliath
Beyond the dualism of a global legal battle, I think this story deserves to be told and become the start of a much broader reflection on the vital relationship between man and land, than cannot be synthetized only through possession of the land, but also with the meaning of belonging to the land, as it is so intensely exemplified by Atílio’s words (retranscripted by me).
“For you, it’s simple, your culture is written. You can put it into books, and bring them with you. Our culture is oral and is linked to the land, and you cannot move land. A man with the purest Mapuche blood in his veins is nothing without his land, because at the moment he leaves, he looses his culture, and his identity. La sangre no es nada sin la tierra.”

I am very much interested in who these people are and how they live everyday their relationship with land, and this I have tried to investigate in my pictures.
I feel that the resistance of this family is only the actual episode of a longer story: battle for land is battle for belonging, and ultimately there is no life without belonging.

My objective has been to investigate new and ancient meanings of these concepts, and to to tell a positive story about man and land.
With these pictures, I tried to show what lies behind the enormous spiritual force that drives these people in their unrelenting effort to reclaim both their ancestral land and the true meaning of being Mapuche, “Gente de la tierra”, with the new dignity that it brings.

Through the tale of the everyday life, I tried to depict the beauty of their relationship with nature, family, hard work, good times, sometimes solitude and also injustice; ultimately, if I may, with existence.
I hope the pictures do reflect not only their story, but also my sincere admiration and fondness for them.

Seeing, and seeing beyond.

I normally write a lot for my projects.
I’m much more interested by projects, exhibits and books in which writing is and added value to the pictures, that makes me delve more into the story they tell.
In my opinion, as much as photography is not only illustration, writing cannot be only captioning.

Who left the biggest impression on you?

Many photographers.
Chronologically, at the very beginning, Arnold Newman. I have a reproduction of his photograph of Stravinsky, in which the body of the pianist and the piano become one thing.
I was fascinated by the way he could condensate people, their life in their portrait.
Then Salgado, seeing one of his exhibits when I was a teenager felt like dreaming.
And of course, like anybody else, other b&w titans like Frank, Cartier-Bresson, Richards, Depardon, Berengo Gardin, Chen-Chi Chang, to mention only a few.
Later on, Christopher Anderson. I completely changed the way I think about my photography since I attended one of his workshops.
Also, Gael Turine for example, whom I had the chance to meet personally, he’s so intensely committed to his personal photographic vision.
For SUR, a source of inspiration has naturally been the work on la pampa and animals by Alessandra Sanguinetti.

Tell us a little about yourself

I started photographing in Lisbon, in 2002, with a Zenit and Velvia. I learned the basics from my friend Ricardo Cruz.
I never forget that my first day of actively photographing around was a complete failure: negatives where all burned.
I discovered that I like to photograph, I like the forms of light, but I like it even more when people are involved, because I get to meet them in a special way.
Documentary photography became my natural interest, especially the long form.
I started my first ongoing long-term project “Hulk’s Toys” in Italy in 2005, on a man detained all his life in an asylum due to his destructivity, that then became an internationally recognized artist thanks to his self-made toys.

Tommaso Barsali (www.tommasobarsali.com), 1979. I started taking pictures in 2002, in Lisbon. My main interest is about documentary photography.
“My latest project SUR – La sangre no es nada sin la tierra is about a Mapuche family reclaiming the right to live on their ancestra land in Patagonia, Argentina. Hulk’s Toys is an ongoing book project about Franco Bellucci, an outsider artist, formerly detained in an asylum during 40 years, and his self-made toys. An excerpt from this body of work has received an Honorable mention in IPA Awards 2011, and the project was awarded the Emerging Scholarship by Lucie Foundation in 2012. Earthquake Hotel is a documentary project about the situation in L’Aquila, Italy, two years after the earthquake, was exhibited in Fotografia Festival 2010, in Rome, curated by Marc Prüst, and in L’Aquila, in May 2011.” 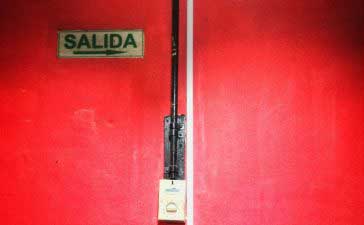 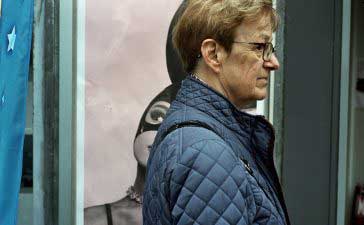 From Brussels with love 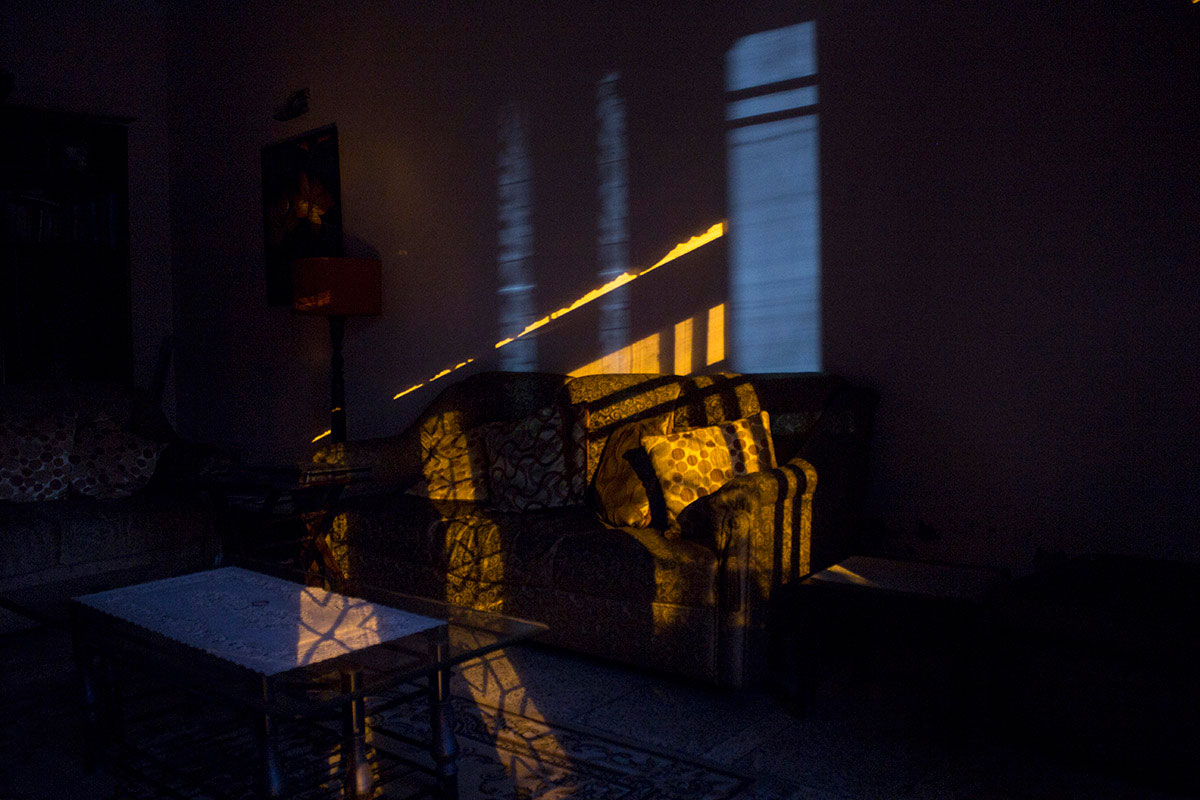 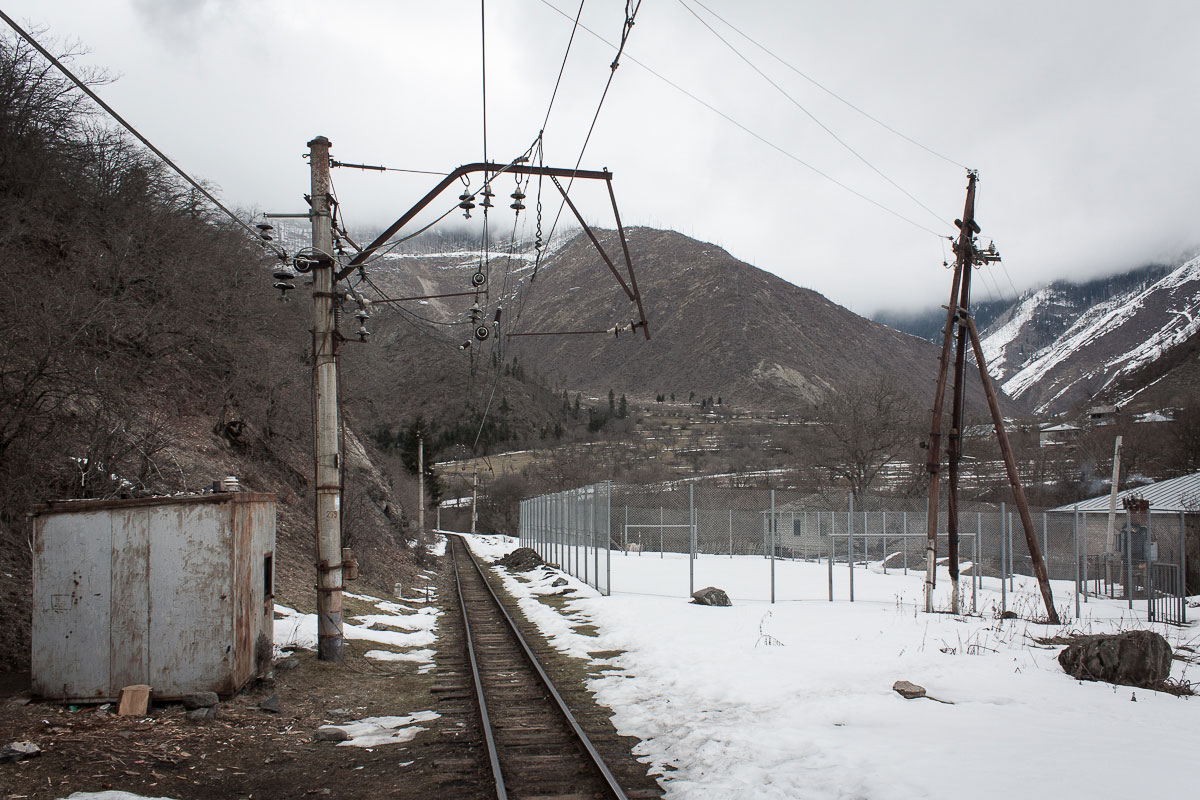 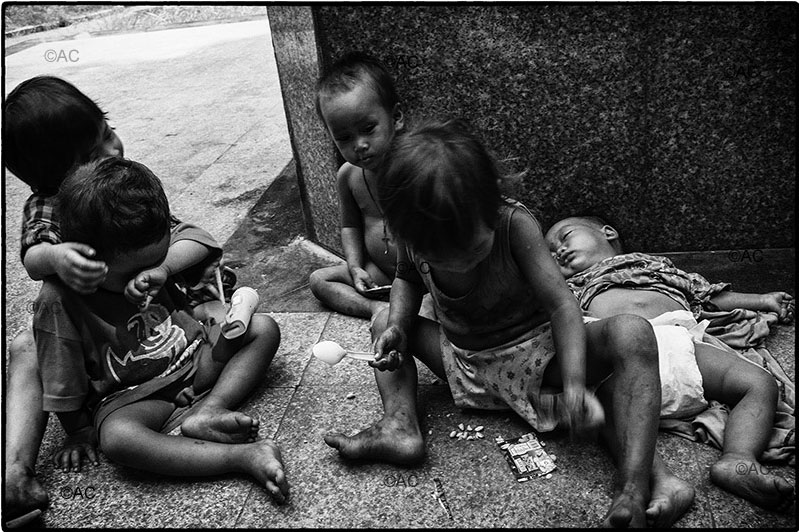 Alexander Conrady | Children living in poverty in the Philippines

Sara Naimpour | Best of our memory lies outside of us

Sleeping on the Streets