The 24 Rooms
2005
In the mouth of the Rhone River delta, the wind sometimes rushes into with incredible violence. For a very long time, men have learned to marry it with water and sun in order to give salt.
A village, Salin de Giraud, was born from that. Families came, sometimes from the back of Europe, to build the saltworks. The work was hard, exhausting. Men had to hold out in the wind, the cold, sometimes walking 15 kilometers to go to work, sewing bags to hold the salt, almost becoming blind from it.
The first immigrants arriving at the beginning of the century were living in wooden huts, without running water, nor toilets. Then came the time of the tough huts such as the one of the 140 beds with Russians, Chinese, Arabs, Spanish, Greeks all crammed together…
There was already a district named Molinari, with its 24 rooms. In these working-class huts were living families of five in 20 square meters. Right nearby we would find tiny rooms in which the least fortunate were living. Some children were born in these tiny rooms, which are now used as garages.

2007
These pictures are the story of a place, the 24 rooms.
A place of labour life by those who still lead it or have led it in the past.
A place of mutual aid, utopia and escheat.
These pictures speak of men that are proud of having been workers, of what was born from their hand and about the programmed disappearance of the fruits of their labour in the name of another utopia which is not theirs.
This the story of a silent violence when no one understands anything anymore, when another logic gets the upper hand and crushes everything, without looking backward nor taking anything into account.
And what remains, it is all of us.

2013
The 24 rooms no longer exist today.
The wind continues to blow.
Sometimes with an incredible violence.

Salah Benacer does not correspond to the typical portrait imagined for the photojournalist, even though this designation is not quite exact as far as he is concerned: it would be more appropriate to talk about essayist photographer or photographer of essays. Essays in touch with reality and the drifts of individual and collective stories, prepared thanks to important documents regarding culture, study of the population and economy of the country, preceding a work in the field during about five weeks. 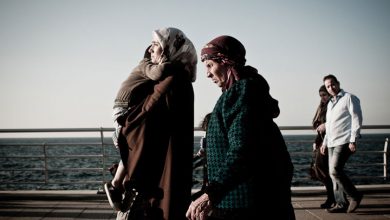