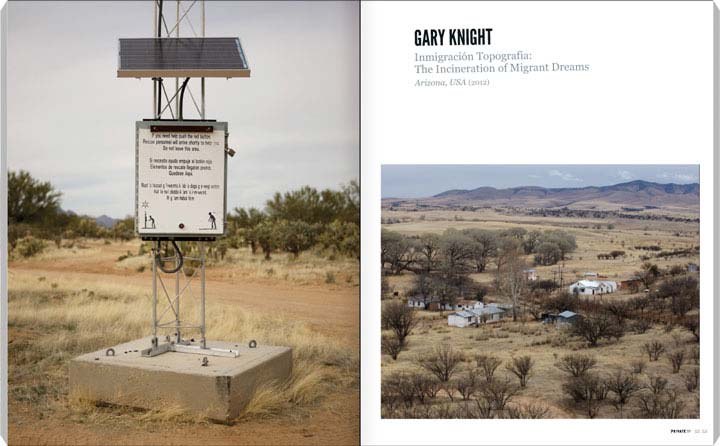 [T]his is a story about migration, the illegal migration of thousands of men, women and children from Central and South America into the United States through one of the most hostile environments in the world. The project utilizes the photography of the topography and landscape of the Sonoran desert in Arizona, with the use of aerial, landscape and macro imagery, discarding the politicized and romantic rhetoric of the “wild west” that is familiarly used to address this issue.

The industrialization and militarization of the border and the integration of technology advanced during the wars in Afghanistan and Iraq has changed the US-Mexican border region dramatically during the last decade. It is now one of the most militarized areas in the world. As the apparatus of border security rises out of the Sonoran Desert it resembles more North & South Korea or Israel & Palestine than a country at peace with its neighbors. The construction of the $15 million per mile border fence guarded by private security firms and US Customs & Border Patrol has cost $1 billion dollars so far and new technologies used to track the suspected terrorists and insurgents in Afghanistan and Iraq are being deployed to catch the poor, adding to the bill a further $755 million dollars.

Migrants embark on increasingly desperate attempts to evade the drones or heat-seeking technology. Forced to skirt the steel fence and watchtowers that stretch for hundreds of miles, migrants seeking a better life cross the harshest mountainous desert terrain.
They die horrible deaths on remote trails and deer paths, paths that overlook the new desert settlements with names like Desert Bell populated by second generation migrants from Europe.

The landscape is an incinerator of dreams, scorching men into the desert sand like dead livestock. It is a place where thousands of women and girls have been raped, the privilege of young men who peddle humans unimpeded by fear of justice. According to the US Government the actual numbers of migrants crossing the border has decreased but according to NGO’s working locally the number of migrant deaths is increasing as the crossing has become more difficult. We will never know how many people try to cross and succeed, or how many die, in both cases they disappear into the landscape.

The issue of immigration looms large in the political life of America, especially this election year and has become a divisive and contradictory issue for Republicans and Democrats alike. They both seek to appear tough on immigration at a time when they are trying to appeal to Latin voters. With the increase in volume of the political dogma intelligent discourse has been curtailed. This essay examines the presence of immigration in the environment and landscape of southern Arizona on the Mexican border between Douglas and Yuma.

Photographed both from the air and the ground this series shows both the profound impact and scale of the border architecture and technology of immigration on the landscape and the intimate experience of the crossing. From the air we see the barrier Homeland Security has erected as it carves through the landscape toward the Pacific Ocean and the trails made by migrants who walk through the desert pursued by ‘La Migra’.
Overturned cars and Border Patrol trucks in pursuit of migrants dot the landscape like toys. It examines on a local scale the impact of the apparatus of border security on the landscape, for example: car tires chained together and dragged behind trucks to ‘cut’ the trail at dusk, tracks in the sand, emergency beacons for migrants in distress who can walk no further, water containers left for migrants by sympathetic NGO’s, discarded clothing and blankets used to cover the tracks left behind in the sand by shoes, and shrines to the dead. 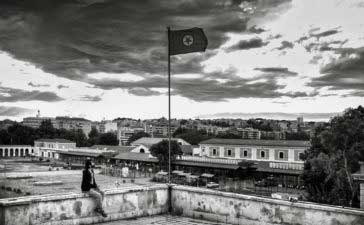 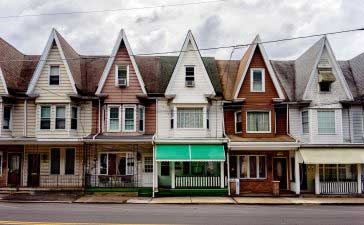 America in a Trance 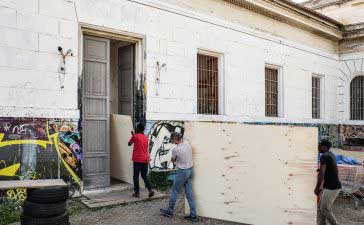 A Tale of an Eastern Himalayan Hamlet 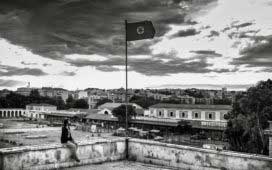 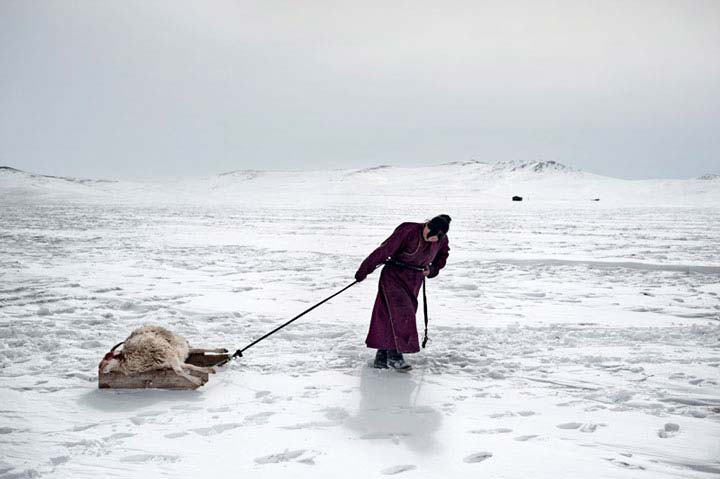